About 37 million visitors arrive each year in Atlantic City, New Jersey, to take advantage of this miniature Sin City on America’s East Coast. But gambling isn’t the only draw. Visitors also come to take in the Boardwalk, with its all-American Boardwalk Fries, crunchy funnel cake and chewy salt water taffy. Some come for the salty Atlantic Ocean. And many come for the Vegas-style entertainment that Atlantic City offers. 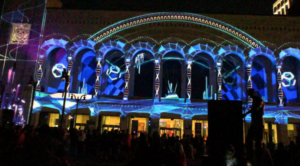 Concerts
The House of Blues hosts entertainers such as Gospel Brunch and Mary Mary. The Stockton Performing Arts Center regularly has concerts with performers like Dokken, Dickey Betts & Great Southern, and Hal Ketchum.

Comedy
Since 2004, 1,000 performers have graced the stage at Tropicana’s Comedy Stop Cafe and Cabaret. Gambling hot spots like Caesars also bring comedy to the seaside, with entertainers such as Jerry Seinfeld. 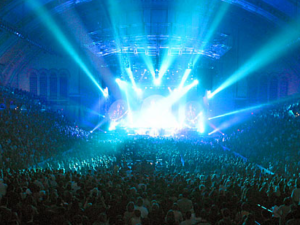 Thrill Shows
Many great adrenaline-pumping and daring shows enjoy the water and sky of Atlantic City, like the spectacle of planes and boats called “Thunder Over the Boardwalk.”