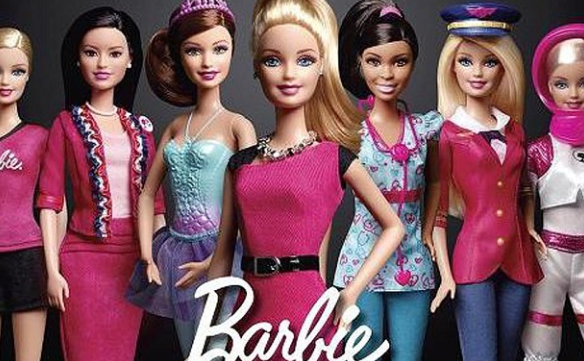 I have come to the conclusion after extensive research”¦ok not extensive but I did think about it for a few minutes”¦.that ALL my trouble in life (and in the lives of most middle-aged women) is because of BARBIE!!! Now I don’t mean the politically correct Barbie on the toy store shelves today but the 13-inch waist/42 inch bust line Barbie of MY childhood. Remember her? She came with 4 wigs of different colors and styles to fit her mood. Every little girl dreamt of growing up and living in her own “Dream House” one day”¦I know I did! But look at what this innocent plastic toy did to my young developing psyche.

First look at her body!!!! We all shrove to achieve that figure”¦which meant not eating anything larger than a grape and walking on high heels while doing so”¦which I found very hard with being so dizzy from lack of food. And we knew Barbie didn’t exercise to achieve that tiny waistline as her arms/legs/waist didn’t even bend! The only exercise she got was an occasional head turn from side to side as she was being fitted for one of her many wigs. There was a new “bendable” model that was introduced but I soon learned that there was a danger in bending one’s legs too many times as after a few times the joints snapped and”¦well let’s just say we needed a set of Barbie crutches after that. Confirming the belief that exercise does NOT a perfect woman make. 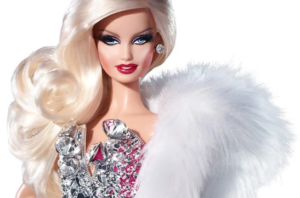 Next Barbie taught us that everything can be obtained in life by buying accessories. When Barbie wanted to change her lifestyle she didn’t attend Self Help classes but bought a new outfit. She could become a nurse on a whim”¦become a research scientist with a lab coat and a pair matching high heels. She never held any job for very long as clothing items became outdated or lost. But somehow she was able to afford a Dream House and corvette. We know Barbie didn’t need a man to buy her these luxuries as LOOK even KEN was a fashion accessory! They never married”¦he only had clothes to match Barbie’s needs. Ken didn’t have a Bachelor Pad (mine lived in an old Keds shoe box), a car of his own (I did allow him to drive Barbie to parties) and he only came into any scenario when Barbie needed a date. Or if you had to play with your boy cousin you hated so you “let” him be Ken. I admit there are times I would like my husband to move into a shoe box and my Dream House would be a simpler place. 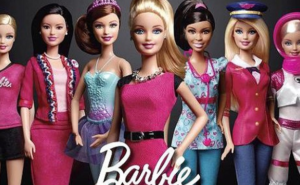 And Barbie’s friends were even made to compliment her. Again I am talking about the Barbie of my youth (yes I believe she had a pet dinosaur) before ALL the Barbie Friends came about with their perfect tans. I’m talking about Midge”¦good old simple, mousey bad permed brown hair Midge. She didn’t upstage Barbie with her prefect hair and eye makeup (I’ll discuss that later). She didn’t have her own place (don’t tell my dad but she did cohabit with Ken in the Keds box) and her clothes were the outdated outfits that Barbie no longer found exciting or your latest attempts at sewing your own Barbie clothes”¦I think for a whole fashion season my Midge doll wore an outfit made from an old tube sock. Midge never had a say in parties to attend, where to have a picnic or giving of dating advice to Barbie. And when the Alan doll came on the scene as preferably a date for Midge”¦he became an arch-rival for Ken and spent most of his time in fights over winning Barbie’s affections. Barbie would sit”¦.legs out straight in front of her like ALL nice young ladies while Ken and Alan duked it out for her”¦Midge was usually lying on the side in her tube sock formal waiting for the outcome. I think Barbie coined the phrase, “It’s ALL about ME!”

I really think my growing up during the Barbie era warped my perspective on life. To this day I still think blondes have more fun, fashion defines you, accessories make life better, a girl can never have too many shoes, every girl should have a sports car, a true dream house doesn’t even HAVE a kitchen and men should show up when called upon with flowers and be wearing a tux. Hmmm looking back that doesn’t sound so bad! I’m a Barbie Girl”¦in a Barbie World”¦.